"Wine-ding" our way around Niagara

Niagara Vineyards, is a one week tour with a route that "wine"ds its way through the Niagara Peninsula. Cyclists start their ride in Hamilton, a neighbouring city of Toronto.

Locals understand the significance of the Niagara Escarpment but for those who come from away a short explanation is in order. It is a World Biosphere Reserve, between Lake Erie and Lake Ontario, one of 16 geological formations in Canada with that UNESCO designation. It is what makes Niagara Falls so spectacular.

Avoiding the Hills (if you want to)

There is a mainly flat tableland on the Erie side and a steep drop to another mainly flat table land on the Ontario side. Along the length of the escarpment are several roads with punishingly steep hills to go from north to south but our scheduled route avoids the hills. 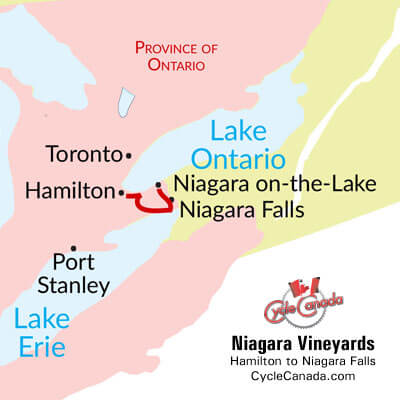 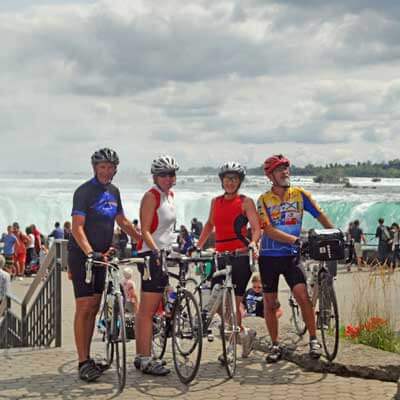 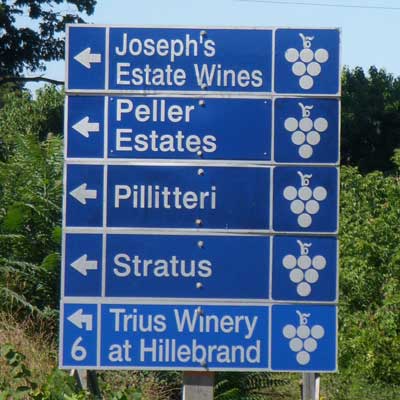 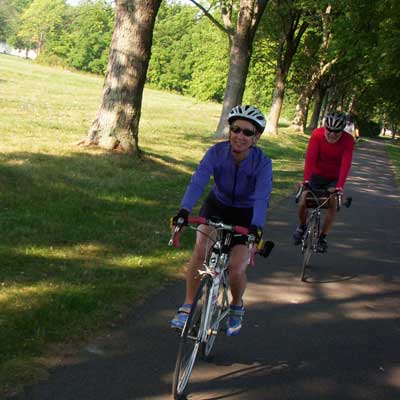 Hamilton is the Gateway to the Niagara Wine Region in Ontario.

We start Niagara Vineyards at a hotel that is at the top of the escarpment in Hamilton. For much of that first riding day we travel along the rim of the escarpment with stunning views of Hamilton and the villages along Lake Ontario to the east. It is not long on that first day before we are clear of Hamilton suburbs and on rural cliff-top roads. And not long before we go past the first of many vineyards that you will see on this trip.

We'll meander through agricultural areas, allowing time to explore some Canada's finest wine-making establishments. The terrain is gentle. We do climb the escarpment but our route for those sections is mostly on canal paths. Views throughout the journey are spectacular. At the end of that first day we descend to farmland along Lake Ontario and stay in Jordan, one of several villages closely associated with the quality wines that the region produces.

From there we follow the shore of Lake Ontario to reach Port Weller, the village at the northern end of the Welland Canal. The canal is the shipping artery connecting lakes Ontario and Erie. It is a key link in a 3,700 km waterway (2,340 miles) that spans the Great Lakes from docks in Thunder Bay, Ontario, to tidewater in the Gulf of St. Lawrence.

Our overnight stays are delightful and entertaining. Niagara-on-the-Lake, our next overnight stay, is a historic and charming town at the mouth of the Niagara River. Nearby Fort George was an important military installation during the War of 1812 between the British and the newly independent American colonies. More recently, though, Niagara-on-the-Lake is much better known for its pleasant cafés and cultural life, including the Shaw Festival Theatre. By planning ahead riders could catch a matinée or evening theatre production at the Shaw Festival.

Canals, Locks and a Fort

From Niagara-on-the-Lake we head south to follow the Welland Canal to Lock 3, where you will want to take a break. A canal museum is there and when a ship goes through you can hear the conversation between the officers on the bridge and the control room at the lock. Following the canal means you climb the Niagara Escarpment in small steps. Using the old canal paths you avoid the traffic congestion around St. Catharines, which is the metropolis in the this part of the Niagara Peninsula. Our overnight stay is at Welland. Lock 7 is there and that is the lock that takes ships to the high point on the escarpment.

Leaving Welland we travel through Lake Erie farm country and follow the lake through Port Colborne. There is another lock here — #8 — but it's purpose is just to adjust for natural changes in water level in Lake Erie. Continuing east we ride the "Port-to-Fort" trail, a paved path on an old rail line connecting Port Colborne and Fort Erie. The original fort, dating to the War of 1812 still is there and interpretive programs in period dress are popular with summer visitors.

Fort Erie guarded the entrance to the Niagara River but these days it's more significant as the start-point for the Niagara Parkway. It is parkland all along the Niagara River until past 'The Falls'. It's an easy ride until you get to the congestion of sightseers at the falls. With all that traffic — on foot, by car and by bus — a bike is by far the best way to get around. Our route takes you past the Floral Clock, the Butterfly Conservatory and many other sights to see in and around Niagara Falls. That night we stay in the town and close to all the nightlife action in this popular summer tourist destination.

Daily distances are shorter than our other tours, giving you time to explore and enjoy the region's scenery and produce.

If you plan to stay some extra time at the beginning or end of the trip there's lots to see in Hamilton and Niagara Falls. For music lovers, Hamilton is home of the Brott Music Festival, founded by internationally-recognized conductor Boris Brott in 1988 and now Canada's largest orchestral music festival.

Hamilton is served by an international airport which is close to our accommodation for the first night. It is also easily accessible from Toronto and Toronto airport. 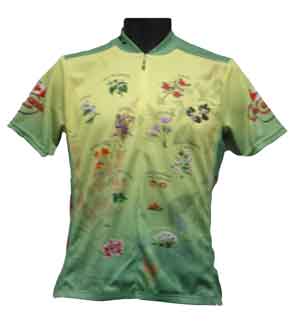