Vancouver to Calgary via the Icefields Parkway

Tour Pacific is a bicycle tour from Vancouver to Calgary via the Icefields Parkway. Experience western Canada with its breathtaking views of mountains and glaciers. 2022 will be our 21st ride.

Support is provided by Cycle Canada and includes luggage transfer, daily route sheets, a mix of indoor and camping accommodation, breakfast on riding days and some campground group dinners. Plus additional services.

There rest are two rest days, in Kamloops and Jasper.

Cycling will be on paved roads, although there can be construction and there are optional upaved suggestions. Services in some areas can be minimal and riders will pass through remote areas with spectacular scenery. 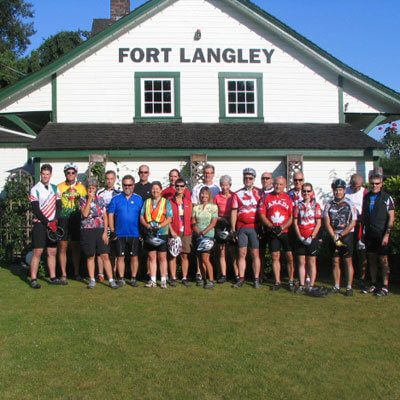 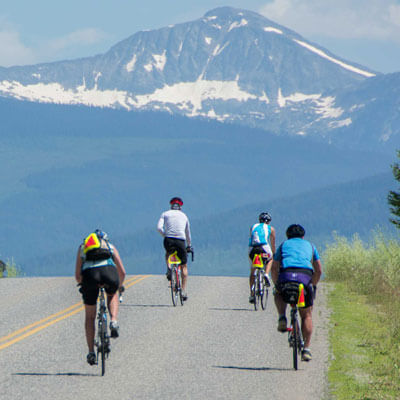 Our first day off is in Kamloops. Kamloops is the regional centre for Cariboo district of British Columbia and a town with all the modern amenities.

We'll follow the North Thompson River almost to the base of Mount Robson, the highest peak in the Canadian Rockies. There is climbing but the route over Yellowhead Pass to Jasper is relatively easy.

We'll visit Jasper, an historic townsite in the Rockies where we'll have a day off to explore Jasper National Park.

From Jasper we will follow the Athabasca and Sunwapta Rivers – we're on the world renowned Icefields Parkway where we view the the Columbia Icefields a 325 square kilometre field of ice and snow that overflows into 8 spectacular glaciers.

At the Icefields we cross into Banff National Park and make our way to the Saskatchewan River Crossing, or The Crossing. We'll ride through the Mistaya River valley to the highest point of the Parkway which is the Bow Summit at 2056 metres. We stay in Lake Louise and Moraine Lake, 15 km south has excellent hiking trails.

Then it's along the Bow River to Banff and down through the foothills to Calgary.

We'll have a farewell group dinner in Calgary and your room that night is included in the package. 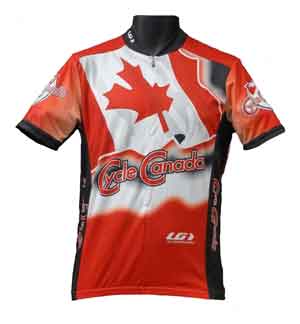